MCL is a medium-sized community tournament that every player can participate in. MCL’s will be monthly or bimonthly. Players can participate in the league by signing up as a team, and will compete with other teams to climb the rankings. The MR team will follow all matches during the MCL. The league rules will be slightly different each time to keep things fresh. Participants can earn rare in-game items, including Gems and Skins, as rewards. Follow our official communities for the latest tournament news!

Eligibility Requirement: Form a team with other players and sign up.

Challenge the Masters will be held weekly or biweekly. The Arena will be open to all players to challenge the Arena Masters (players with high tier ranking or popularity chosen by the MR team). The winners can earn cool rewards. Arena masters will earn rewards according to their win rate.

Note: We will invite well-known streamers and game developers to upcoming CtM events. Follow our official communities for the latest tournament news! It’s time to show your talent!

Eligibility Requirement: Arena Masters are invited by the MR team, while players can sign up themselves.

3. Tournaments organized by players themselves:

Players will spontaneously organize tournaments, for such tournaments, the official will be rewarded for support, providing players with the appropriate rewards

The top X players in the Tier Rankings will be invited to the Monthly Masters Tournament and compete for great rewards. In addition, the top 3 finishers in the tournament will share a 500 USD prize pool. Player performance in these tournaments will affect their chances of being selected for higher-level tournaments. Gain fame in the masters tournament and be on your way to being a pro!

November's Masters Tournament will start on November 15. Now steel yourself in Ranked Match!

Eligibility Requirement: Players who reached a certain ranking will be invited.

The MR team will hold Gauntlet Tournaments with third-party platforms from time to time. The rules and application procedures may vary depending on the platform. Awesome rewards will be offered for these tournaments. Player performance in these tournaments will affect their chances of being selected for future, region-level tournaments. Prove your readiness to take on the world!

Still under planning. We will be bringing much more exciting content in the future. 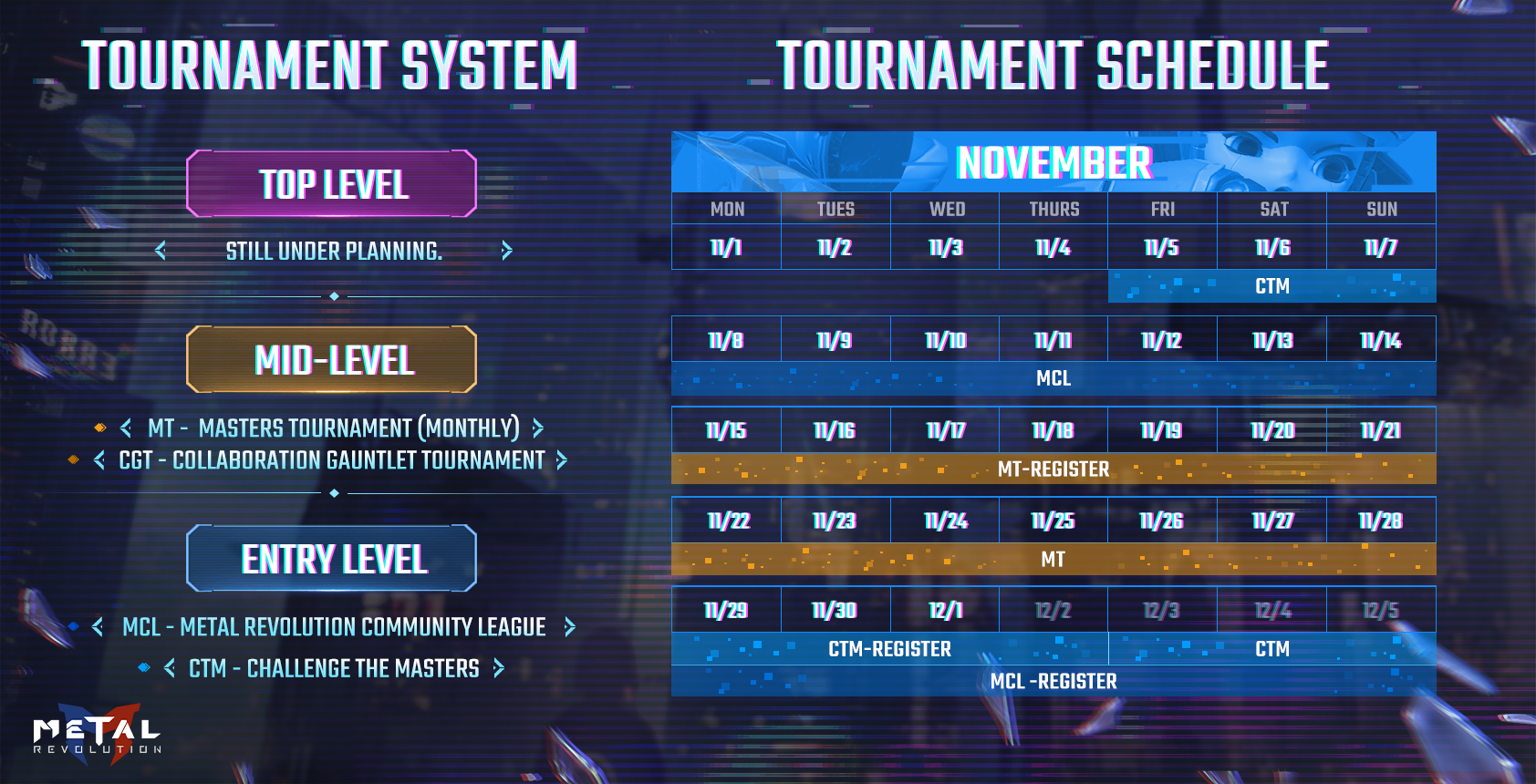